Virtually all of Birmingham’s museums are closed on Mondays. They don’t make it easy for tourists to “see the sights” if you’re here on a Monday. Fortunately, the city itself is a historical site, and they have established a “Civil Rights Heritage Trail” which consists of a series of markers throughout the city. It was a great day for a walk, and we made the city our study. In Kelly Ingram Park there are a number of sculptures to commemorate what went on here. 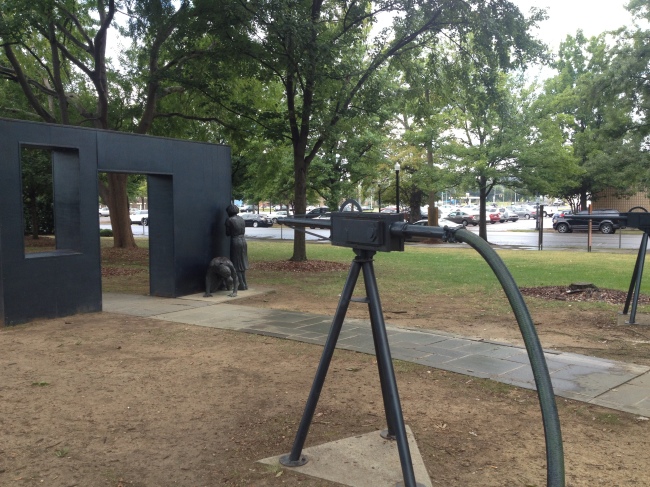 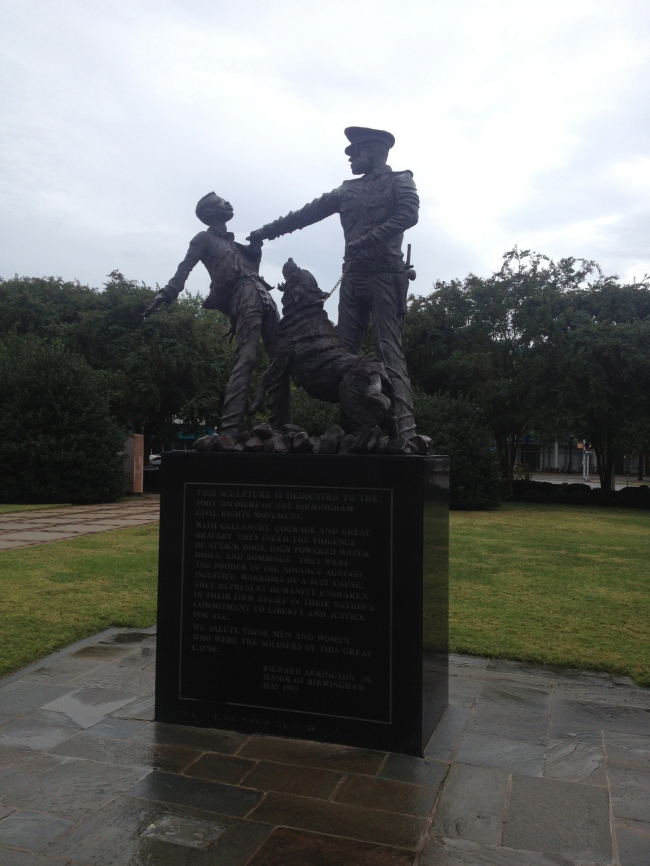 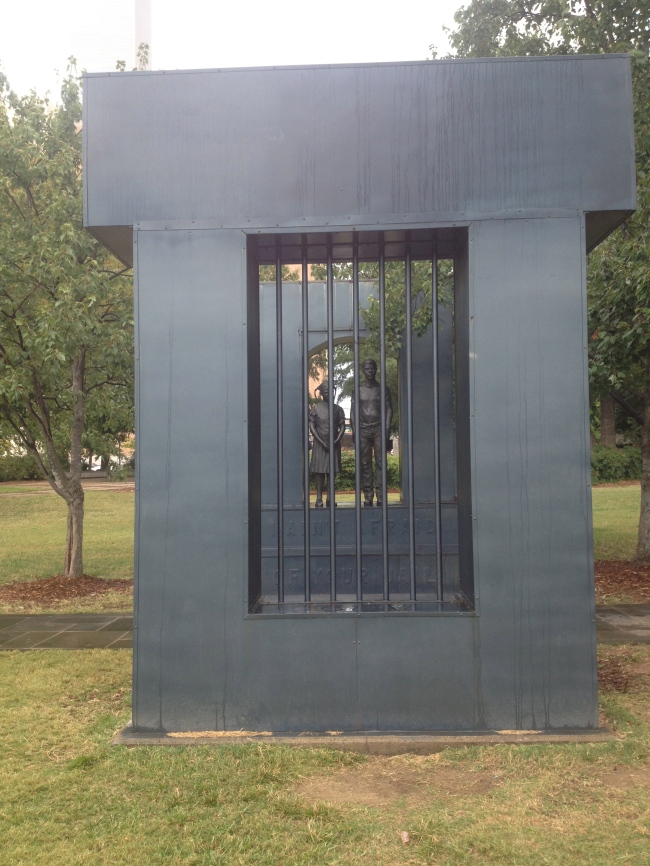 “I ain’t afraid of your jail.”

The city’s Public Safety Commissioner, Bull Connor, was obsessed with resisting the Civil Rights protestors. The protesters were committed to non-violence, they were trained in it, and they were committed to meditating daily on the life and teachings of Jesus. They had demands of the government that included doing away with the “separate but equal” public facilities and unfair hiring practices. But their actions were peaceful and non-violent. In spite of this, and in spite of the fact that at one point in time the protesters were children, Bull Connor brought attack dogs and high-pressure fire hoses to bear against them. During a few days in May, 1963, thousands of Birmingham children were jailed as a result of exercising their First Amendment right to freedom of assembly. Once again, being in the very place where these things took place brought on a deeply emotional reaction in me. How could such things have happened in America? How could such evil have been allowed to flourish here, and in my lifetime?

Throughout the city there are markers to denote the paths taken by protesters on various marches. Some marches were to target white merchants who treated blacks unfairly (but still were happy for their trade). Other marches were to demand government actions. 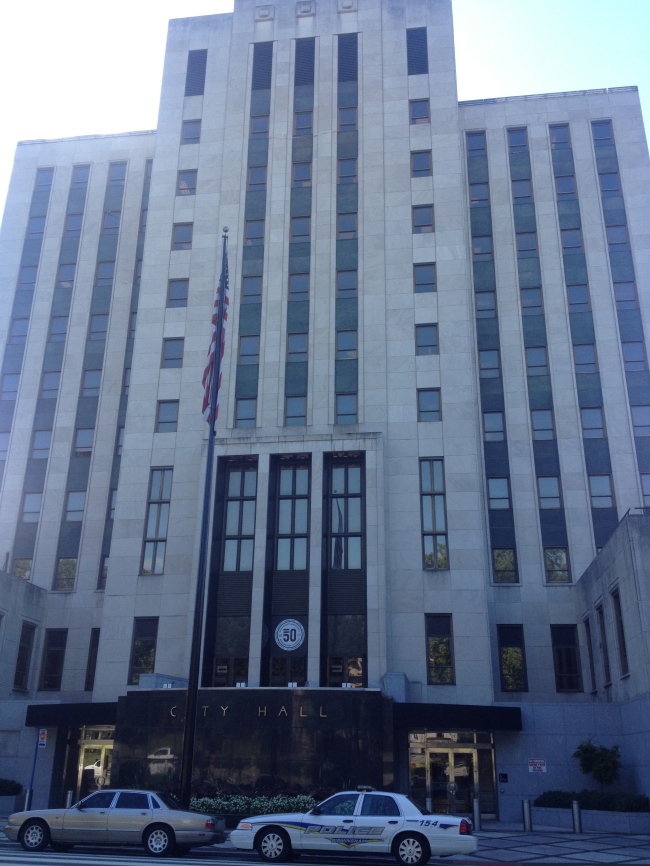 At one point we found ourselves at the public library where we discovered an unexpected display of news photographs from the era. The amazing thing, to me, was to find that these photographs were never published. They were found in the newspaper’s archives in 2006, and they have since been made public and put on display. Many of the photos showed graphic confrontations between the racist, segregationist, KKK members and the non-violent, peaceful protestors. The fact that the paper’s editors had buried these photos surprised me, at first. But then as I thought more about it, this fact fit the pattern. The power structures of the time, including the press, did not want the lifestyle of the Old South to change. They saw these protests as threat to their way of life.

In spite of the evil that was confronted here half a century ago, this is another beautiful Southern city. There are many parks, and the landscaping and architecture are impressive. Late in the afternoon we went to a vantage point high above the city and took these photos:

Tomorrow all the museums are open, and we will visit the Civil Rights Institute and the 16th Street Baptist Church. It will surely be an emotionally wrenching day.